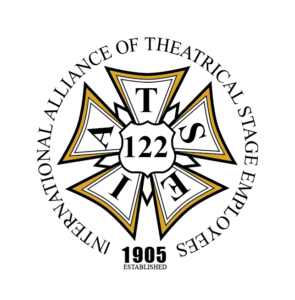 IATSE Local 122 strives to maintain a safe environment for all its referents, that is free from discrimination and harassment at work including sexual harassment. Sexual harassment of referents interferes with the proper operation of the referral hall, undermines the Local’s ability to refer qualified persons for employment, and adversely affects the Local’s obligation to represent all referents fairly without regard to their sex, gender, or sexual or gender preference.

Sexual harassment is unwelcome conduct of a sexual nature which makes a person feel offended,

humiliated and/or intimidated. It includes situations where a person is asked to engage in sexual

activity as a condition of that person’s employment, as well as situations which create an environment

which is hostile, intimidating or humiliating for the recipient.

Sexual harassment can involve one or more incidents and actions constituting harassment may be non-verbal, verbal or physical. Examples of conduct or behavior which constitute sexual harassment include, but are not limited to:

Anyone can be a victim of sexual harassment, regardless of their sex and of the sex of the harasser. Local 122 recognizes that sexual harassment may also occur between people of the same sex. What matters is that the sexual conduct is unwanted and unwelcome by the person against whom the conduct is directed. Anyone, including referents of Local 122 clients, customers, casual workers, contractors or visitors who sexually harasses another will be reprimanded in accordance with this policy.

Anyone who is subject to sexual harassment should, if possible, inform the alleged harasser that the

conduct is unwanted and unwelcome. Local 122 recognizes that sexual harassment may occur in unequal relationships (i.e. between a Head of Department and Crew member) and that it may not be possible for the victim to inform the alleged harasser. If a victim cannot directly approach an alleged harasser, he/she can approach the on-site Steward, Business Representative, Call Steward or file a complaint with the Compliance Committee in accordance with the Referral Hall Rules, Procedures and Requirements.

Verbal or informal reports – A verbal report may be made to the on-site steward, Head of Department or Business Representative informing them of the incident. Verbal reports are unofficial and will not be noted in any employee files. Verbal reports may result in a conversation with the involved parties, or they may result in no action being taken.

Local 122 will conduct a prompt investigation on all written reports, as possible under the circumstances. All investigations and resulting actions will be documented in writing and a copy placed in all involved referents files. Those who raise concerns and make reports in good faith can do so without fear of reprisal; at the same time referents have an obligation to cooperate with the Union in enforcing this policy and investigating and remedying complaints. The nature of the sanctions will depend on the gravity and extent of the harassment.  Anyone who has been found to have sexually harassed another person under the terms of this policy is liable to any of the following sanctions in accordance with the Referral Hall, Procedures and Requirements which may include but not limited to removal from the job site, suspension or removal from the Referral Hall.

Any Employee who files a complaint of sexual harassment or other discrimination in good faith will not be adversely affected in terms and conditions of employment and will not be retaliated against or discharged because of the complaint. In addition, Local 122 will not tolerate retaliation against any employee who in good faith, cooperates in the investigation of a complaint. Anyone who engages in such retaliatory behavior will be subject to appropriate discipline in accordance with the referral hall rules, procedures and requirements.

Nothing in this policy restricts anyone from pursuing their own rights protected under federal, state or city law.

How to Join IATSE Local 122

Schedule an In-Person appointment with the Union Hall